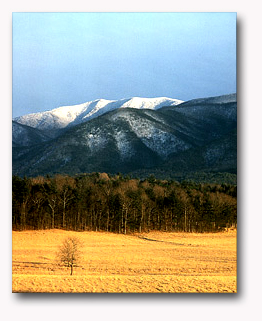 Cades Cove is a broad, verdant valley surrounded by mountains and is one of the most popular destinations in the Great Smokies. It offers some of the best opportunities for wildlife viewing in the park. Large numbers of white-tailed deer are frequently seen, and sightings of black bear, coyote, ground hog, turkey, raccoon, skunk, and other animals are also possible. The valley has a rich history. For hundreds of years Cherokee Indians hunted in Cades Cove but archeologists have found no evidence of major settlements. The first Europeans settled in the cove sometime between 1818 and 1821. By 1830 the population of the area had already swelled to 271. Cades Cove offers the widest variety of historic buildings of any area in the national park. Scattered along the loop road are three churches, a working grist mill, barns, log houses, and many other faithfully restored eighteenth and nineteenth century structures. An inexpensive self-guiding tour booklet available at the entrance to the road provides in-depth information about the buildings and the people who built and used them.

An 11-mile, one-way loop road circles the cove, offering motorists the opportunity to sightsee at a leisurely pace. Allow at least two to four hours to tour Cades Cove, longer if you walk some of the area’s trails. Traffic is heavy during the tourist season in summer and fall and on weekends year-round. While driving the loop road, please be courteous to other visitors and use pullouts when stopping to enjoy the scenery or view wildlife.

A visitor center (open daily), restrooms, and the Cable Mill historic area are located half-way around the loop road.

Numerous trails originate in the cove, including the five-mile roundtrip trail to Abrams Falls and the short Cades Cove Nature Trail. Longer hikes to Thunderhead Mountain and Rocky Top (made famous by the popular song) also begin in the cove.

Several designated backcountry campsites (camping by permit only) are located along trails.

Only bicycle and foot traffic are allowed on the loop road until 10:00 a.m. every Saturday and Wednesday morning from early May until late September. Otherwise the road is open to motor vehicles from sunrise until sunset daily, weather permitting.

A campground with 159 sites is open year round in Cades Cove. Tents and RVs up to 35 feet can be accommodated in the campground. Call (877) 444-6777 or visit http://www.recreation.gov to reserve a site.

The Anthony Creek horse camp is located nearby and offers easy access to the backcountry. Call (877) 444-6777 or visit http://www.recreation.gov to reserve a site.

Mileage to Cades Cove:
from Cherokee-57
from Gatlinburg-27
from Townsend-9 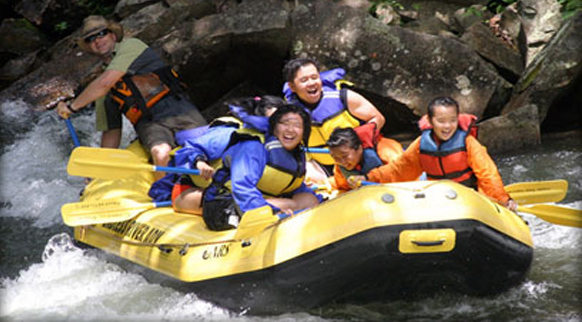 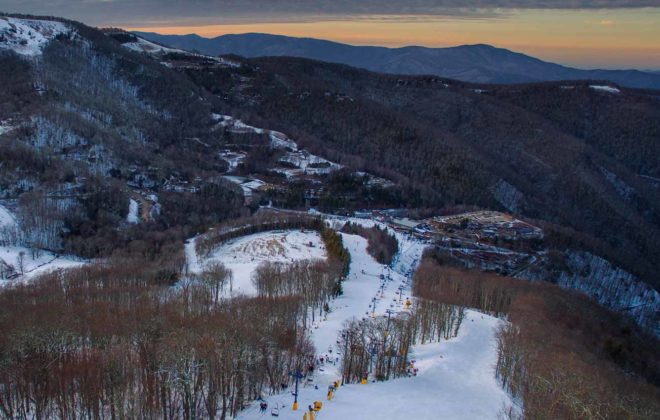 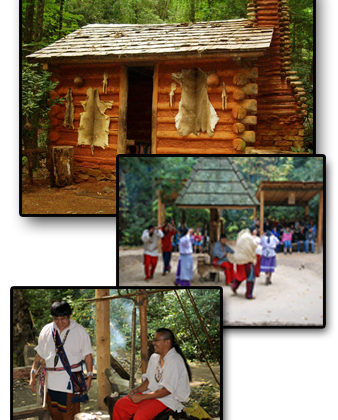 Step back in time to 1760. Witness the challenges of Cherokee life at a time…